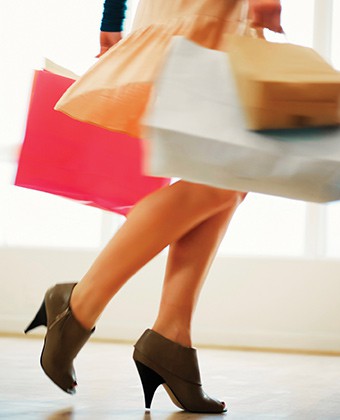 Introduction to the Retail Industry

In America, during 2020, retail sales at clothing, shoes and accessories specialty stores in the U.S.
totaled $196.5 billion, according to the Bureau of the Census.
In addition, Plunkett Research estimates that 80% ($88.2 billion) of sales at department stores, as well as 60% ($30.6 billion) of sales at sporting goods stores were for apparel and shoes.
Assuming that 25% ($221.0 billion) of the goods sold via e-commerce in America consist of apparel, shoes and accessories, this would put the total retail and online clothing, shoes and accessories market in America at $501.3 billion. While Asia, particularly China, has enjoyed a dominant position in shoes, apparel and household textiles manufacturing for several years, makers of these items located in developed nations such as the U.S.
and Canada have suffered a long period of decline.
For example, roughly 98% of the shoes sold in America each year are imports, and the majority of these imports come from Asia.
To consumers in Europe and North America, this growing reliance on Asia as a low-cost producer has meant very low retail prices for goods of reasonable quality. However, recent increases in the cost of doing business in China have put Chinese manufacturers in a much less favorable position.
Competition from manufacturing based in very low-cost nations in Africa, as well as Vietnam, Indonesia, Sri Lanka, Mauritius, Malaysia, Cambodia, Bangladesh, Pakistan, the Philippines and elsewhere, is intense, and a large portion of apparel manufacturing formerly done in China


Thanks to the Coronavirus pandemic, even groceries have moved into the fast lane, as online grocery and household product sales are growing quickly while consumers enjoy same-day delivery options.
The most powerful trends on the internet include access via smartphones, the migration of entertainment, including TV programming, to streaming services, as well as technologies based on software-as-a-service in the cloud. The standout winner in ecommerce continues to be Amazon, where sales have soared thanks to aggressive pricing, free shipping for its “Prime” members and an ever-growing variety of merchandise.
Most recently, the Coronavirus gave Amazon an exceptional shop-from-home boost.
The firm’s sales outside of North America are booming as well, despite the fact that it has major foreign competition, particularly from companies based in Asia.
Analysts at eMarketer reported American ecommerce sales in 2021 of an estimated $933.3 billion (up significantly from $883.8 billion in 2020).
This figure includes online retail product sales, travel sales and digital downloads, but not online gambling.
Global internet ecommerce sales exceeded $5.54 trillion in 2021, according to eMarketer.
China is posting phenomenal growth in ecommerce, up by 44.8% in 2020, according to analysts at eMarketer, to a total of $2.297 billion. Digital advertising in the U.S., during 2021, was a projected $191.09 billion, according to eMarketer, up 25.5% from 2020.
Mobile