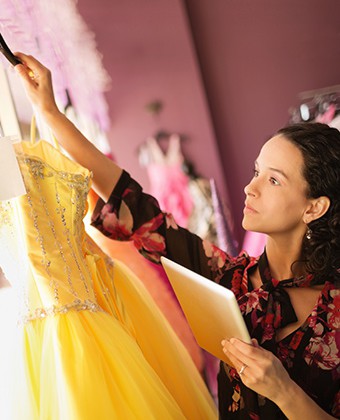 In America, during 2020, retail sales at clothing, shoes and accessories specialty stores in the U.S.
totaled $196.5 billion, according to the Bureau of the Census.
In addition, Plunkett Research estimates that 80% ($88.2 billion) of sales at department stores, as well as 60% ($30.6 billion) of sales at sporting goods stores were for apparel and shoes.
Assuming that 25% ($221.0 billion) of the goods sold via e-commerce in America consist of apparel, shoes and accessories, this would put the total retail and online clothing, shoes and accessories market in America at $501.3 billion. While Asia, particularly China, has enjoyed a dominant position in shoes, apparel and household textiles manufacturing for several years, makers of these items located in developed nations such as the U.S.
and Canada have suffered a long period of decline.
For example, roughly 98% of the shoes sold in America each year are imports, and the majority of these imports come from Asia.
To consumers in Europe and North America, this growing reliance on Asia as a low-cost producer has meant very low retail prices for goods of reasonable quality. However, recent increases in the cost of doing business in China have put Chinese manufacturers in a much less favorable position.
Competition from manufacturing based in very low-cost nations in Africa, as well as Vietnam, Indonesia, Sri Lanka, Mauritius, Malaysia, Cambodia, Bangladesh, Pakistan, the Philippines and elsewhere, is intense, and a large portion of apparel manufacturing formerly done in China

Introduction to the Apparel & Textiles Industry

S.
totaled an estimated $6.22 trillion (on a broad basis) during 2020, according to the U.S.
Census Bureau.
(Sales at stores selling general merchandise, apparel, furniture and specialty items, referred to as “GAFO,” totaled $1.24 trillion in 2020.
GAFO is an important distinction.
In contrast, retail sales of all types are considered to include automobiles, gasoline and restaurants.) Unfortunately, retailing was one of the industries hardest hit by the global Coronavirus pandemic.
Customer traffic plummeted at most categories of retail stores that sell non-essential items such as fashion and jewelry.
Nonetheless, a few categories saw soaring sales increases.
In the U.S., for example, sales boomed at supermarkets, discount department stores such as Walmart and home improvement centers such as Home Depot.
Consumer interests, needs and shopping habits changed dramatically.
Consumers with internet access shifted much of their shopping to online methods.
Households where people were lucky enough to keep their jobs and had money to spend were investing in goods that made working from home easier and sheltering at home more entertaining. Meanwhile ecommerce sales soared.
Much of this market share that has moved to ecommerce is a permanent shift.
For further discussion, see “The Coronavirus' Effect on the Retail Industry.” Competition among retailers has been fierce in recent years, and it will only grow more intense in the near future.
A massive shakeout of retail stores is underway as part of a retail restructuring—slower traffic at malls


Some industries, such as ecommerce related logistics saw revenues soar.
Others, such as outsourced apparel manufacturing, suffered immense downturns. Offshoring, as opposed to outsourcing, covers such a wide variety of nations, products and practices that it is difficult to put a number on the size of the market.
A significant share of offshoring revenue is created by contract manufacturing of electronics, including laptop computers, tablet computers, cellular telephones and items such as iPods.
Another major sector in offshoring is contract manufacturing of shoes, apparel and accessories.
Contract electronics manufacturing has changed dramatically over the past few years, as consumers more and more tend to use their smartphones as multipurpose devices, such as cameras, game players and music players.
However, the growing popularity of internet-connected personal assistants, such as Alexa and Google Home, help to boost manufacturing activity, and sudden intense demand for laptops and PCs for work-from-home during the Coronavirus pandemic caused considerable disruption to the supply chain. Offshore cost savings have become less advantageous in many cases, as wages and operating costs have been rising rapidly in the business and manufacturing centers of China and India.
Leading offshore services providers, such as IT consulting giant Wipro, have been opening offices and making acquisitions in America and Europe—the locales of some of their leading customers—as these international firms become more global and mature in nature. A large portion of the products manufactured offshore for corporations