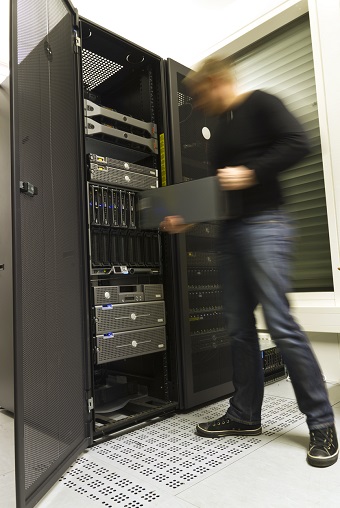 Wireless communications, including such fields as mobile entertainment, RFID, mobile banking and cellphone service, continues to be one of the hottest of the world's industrial sectors.
There were approximately 8.7 billion global wireless communications subscriptions by mid- 2020, according to Plunkett Research estimates.
(Since some people have more than one subscription, the number of individual subscribers is significantly lower.)  According to IDC, 1.39 billion new smartphones were sold worldwide during 2019—making the smartphone the fastest-selling single item of consumer electronics by far.
These handsets are purchased by new users (those who are getting mobile service for the first time ever), but more often by those who are upgrading to newer, more powerful phones.
At a very rapid pace, people around the world have upgraded to smartphones. Most new smartphones feature a dizzying array of advanced features.
In addition, smartphones and tablets are internet-capable, typically able to take full advantage of high-speed access on 4G networks (and, to a growing extent, newer 5G networks).
This means that small, lightweight smartphones and tablets can do most of the work of a standard desktop PC.
Consumers love the flexibility and capability of smartphones, and by some estimates spend an average of three hours per day using them in the U.S.
When considering this development, it is important not to overlook the way that smartphones have disrupted traditional business sectors.
For

No other industry touches as many technology-related business sectors as telecommunications, which, by definition, encompasses not only the traditional areas of local and long-distance telephone service, but also advanced technology-based services including wireless communications, the internet, fiber-optics and satellites.
Telecom is also deeply intertwined with entertainment of all types.
Cable TV systems, such as Comcast, are aggressively offering local telephone service and high-speed internet access.
The relationship between the telecom and cable sectors has become even more complex as traditional telecommunications firms such as AT&T are selling television via the internet, and competing directly against cable for consumers' entertainment dollars. Consequently, the various organizations that monitor the global telecommunications industry have their own ways of estimating total revenues, and their own thoughts on including, or not including, specific business sectors.
Does “telecom” include equipment manufacturing and certain types of consulting?  Or, should it be considered as services only, such as subscriber lines and data networks? Information and Communication Technologies (ICT) is a term that is used to help describe the relationship between the myriad types of goods, services and networks that make up the global information and telecommunications system.
Sectors involved in ICT include landlines, private networks, the internet, wireless communications, (including cellular and remote wireless sensors) and satellites. Globally, in the broadest possible sense (based on ICT), the telecommunications industry is expected to grow to about a $6.5 trillion sector

The global internet audience continues to grow steadily, with the worldwide base of broadband internet users (including fixed and wireless) standing in excess of 4.9 billion as 2021 began.
This vast base of high-speed internet users encourages businesses to innovate in order to offer an ever-evolving array of online services.
Thanks to the Coronavirus pandemic, even groceries have moved into the fast lane, as online grocery and household product sales are growing quickly while consumers enjoy same-day delivery options.
The most powerful trends on the internet include access via smartphones, the migration of entertainment, including TV programming, to streaming services, as well as technologies based on software-as-a-service in the cloud. The standout winner in ecommerce continues to be Amazon, where sales have soared thanks to aggressive pricing, free shipping for its “Prime” members and an ever-growing variety of merchandise.
Most recently, the Coronavirus gave Amazon an exceptional shop-from-home boost.
Amazon's revenues soared from $34.2 billion in 2010 to $386 billion in 2020.
The firm's sales outside of North America are booming as well, despite the fact that it has major foreign competition, particularly from companies based in Asia.
Analysts at eMarketer reported American ecommerce sales in 2020 of an estimated $709.8 billion (up significantly from $601.7 billion in 2019).
This figure includes online retail product sales, travel sales and digital