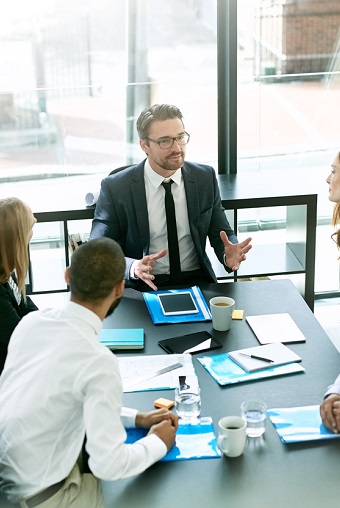 Global consulting industry revenues (including HR, IT, strategy, technical, operations, management and business advisory services) will be an estimated $502 billion in 2021, according to Plunkett Research estimates.  In the U.S., consulting of all types, including management, scientific and technical, generated $295.9 billion during 2020, up from $284.5 billion the previous year.  Accounting and related services (such as tax return preparation) generated an additional $174.1 billion in 2020, down from about $180.0 billion during 2019, according to the U.S. Bureau of the Census and Plunkett Research estimates.
The Coronavirus pandemic dampened budgets and spending at many types of corporations, government agencies and other enterprises.  Some consulting projects were postponed or reduced.  At the same time, however, consultants who work in the areas of ecommerce, online systems, employee systems, HR, cybersecurity, strategy, supply chain and other areas may have seen booming business.  Going forward, structural changes in business, industry, education and government will certain opportunities for many types consultancies that can deliver a true return on investment along with innovative ways to cope with rapid change.

Positive factors for the consulting industry over the mid-term:
1) Continued growth in health care expenditures and significant changes in health care coverage are creating demand for consultants.  This includes a focus on greater operating efficiencies and cost controls for care providers, creating a perfect environment for consulting.  Also, consultancies that assist enterprises in data analysis in such areas as treatments and patient outcomes will be in demand.
2) In nearly all business sectors, consultancies that focus on projects that clearly reduce business costs and enhance operating profits in a reasonably short period of time will find a ripe corporate market (such as consultants who focus on cash flow enhancement, supply chain efficiency and manufacturing efficiency).
3) Vast labyrinths of government regulation in the U.S. and in the UK/EU, for example in the ecommerce, consumer privacy, banking and investment industries, are creating numerous opportunities for consultants who can show companies how to navigate rapidly changing relationships between government and industries, or how to deal with government oversight, particularly in financial services, consumer data/privacy, environmental matters and health care.
4) Consultants who assist firms in lowering employee costs are in high demand, as are those who specialize in change management (such as work-from-home) and employee productivity enhancement.
5) Consultants and advisors in information technology will be in high demand in the hot areas of artificial intelligence, automation, the internet of things (IoT), data analytics, cybersecurity and technologies that enable remote/mobile workers.
6) Defense spending in the U.S. and some EU nations may lead to additional opportunities for defense-related consulting.
Source: Plunkett Research, Ltd.
The top specialties in the consulting field are led by management consulting and technology consulting.  Management consultants assist companies with restructuring or strategy development, in order to enhance operating efficiencies, increase productivity and increase return on assets, as well as significant assistance in identifying and merging with other firms that are targeted for acquisitions.
Technology consultancies offer skilled services across the full spectrum of technology needs.  This includes consulting in telecommunications, software development, supply chain enhancement, factory automation, systems implementation and enterprise-level databases.  In recent years, much of this work has shifted to projects involving cloud computing, data analytics, mobile apps and mobile tools for workers in the field.  Machine learning and artificial intelligence work will be among the fastest-growing specialties for the long-term.  Consulting firms based in India have carved out a very significant market share in this field.  Other significant sectors within consulting include human resources and employee benefits consulting; risk management; and environmental and regulatory compliance.

Introduction to the Consulting Industry


Some industries, such as ecommerce related logistics saw revenues soar.
Others, such as outsourced apparel manufacturing, suffered immense downturns. Offshoring, as opposed to outsourcing, covers such a wide variety of nations, products and practices that it is difficult to put a number on the size of the market.
A significant share of offshoring revenue is created by contract manufacturing of electronics, including laptop computers, tablet computers, cellular telephones and items such as iPods.
Another major sector in offshoring is contract manufacturing of shoes, apparel and accessories.
Contract electronics manufacturing has changed dramatically over the past few years, as consumers more and more tend to use their smartphones as multipurpose devices, such as cameras, game players and music players.
However, the growing popularity of internet-connected personal assistants, such as Alexa and Google Home, help to boost manufacturing activity, and sudden intense demand for laptops and PCs for work-from-home during the Coronavirus pandemic caused considerable disruption to the supply chain. Offshore cost savings have become less advantageous in many cases, as wages and operating costs have been rising rapidly in the business and manufacturing centers of China and India.
Leading offshore services providers, such as IT consulting giant Wipro, have been opening offices and making acquisitions in America and Europe—the locales of some of their leading customers—as these international firms become more global and mature in nature. A large portion of the products manufactured offshore for corporations