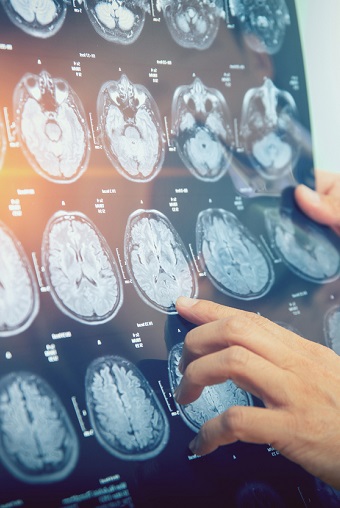 .
and throughout the world.
Total U..
health care expenditures were estimated to be $4.01 trillion in 2020, and are projected to soar to $6.19 trillion in 2028. The health care market in the U..
during 2020 was projected to include massive spending in the major categories of hospital care ($1,316 billion); dental, physician and clinical services ($942.7 billion); and prescription drugs ($493.9 billion), along with nursing home and home health care ($183.2 billion).
Registered U..
hospitals totaled 6,090 properties in 2021, according to an American Hospital Association survey, containing 919,559 beds.
Medicare, the U..
federal government's health care program for Americans 65 years or older, provided coverage to an estimated 62.6 million seniors during 2020.
National expenditures on Medicare for fiscal 2019 were projected to be $796.6 billion, including premiums paid by beneficiaries and health care costs covered by Medicare.
By 2030, the number of people covered by Medicare will balloon to about 78 million due to the massive number of Americans who will become of eligible age. Medicaid is the federal government's health care program for low-income and disabled persons (including qualified children), as well as certain groups of seniors in nursing homes.
National expenditures on Medicaid totaled an estimated $672.7 billion in 2020.
The majority of that expense was paid for by the federal government.
However, the states pick up a significant share

The American health care industry faces more challenges than ever, due to many significant factors:
=         The Coronavirus pandemic created new risks for patients and care givers alike.  Significant new safety practices and costs will be standard for years to come—perhaps forever, as we seek to eliminate the spread of the Coronavirus as well as any future viral threats.
=         One of the most dramatic results of the Affordable Care act of 2010 has been consolidation within the hospital industry, with mergers creating massive organizations that in many cases have dominant, regional or city-wide market share.  A similar effect has been a migration of physicians leaving private practice or small clinics in order to join giant physician practice groups or the staffs of hospitals.  Independent physicians are concerned about their ability to meet increased regulatory scrutiny, successfully deploy electronic health records and earn the incomes that they desire.  Many older physicians state that they will simply retire earlier than they had planned.
=         The U.S. population is aging rapidly.  At the same time, the life expectancy of seniors is extending.  Senior citizens will place a significant strain on the health care system in coming years.  America’s millions of surviving Baby Boomers began turning 65 in 2011.
=         The future obligations of Medicare and Medicaid are enough to cause vast problems for federal and state budgets for decades to come.  The number of seniors covered by Medicare will continue to grow at an exceedingly high rate, from 47.4 million people in 2010 to 82 million in 2030.
=         Likewise, costs for Medicaid, which is administered at the state level, have grown so rapidly that they are competing fiercely for budget dollars that might otherwise go to education and other vital state-provided services.
=         High, and growing, pharmaceutical costs have created a large backlash among health consumers and payers.  Some of the newest cancer drugs cost more than $400,000 to cover one treatment period.
=         We are now in what will long be remembered as the beginning of the Biotech Era.  Breakthroughs in research for targeted drug therapies are occurring at a rapid pace, and highly advanced, genetically-engineered drugs are available for many diseases.
=         Due to rising costs, employers large and small are straining under the financial burden of health care coverage expenses for current employees and retirees.
=         Physicians, hospitals, medical device makers and pharmaceutical manufacturers face daunting pressure from litigation and claims regarding malpractice.  Lawsuit reform legislation has recently been enacted in many states with very promising results.
=         Vast numbers of Americans fail to lead healthy lifestyles that would prevent disease and cut both the amount and the cost of medical care.  Obesity-related illnesses are adding an immense amount to the nation’s health care costs.  Large numbers of people smoke cigarettes and/or do not exercise regularly.
=         The three biggest causes of death in the U.S. are heart disease, cancer and stroke.  Nearly one-fourth of America’s annual health expenditures go for treatment of these three killers.
=         Only a relatively modest amount of money is spent on preventive medicine and health education.  The vast majority of health care funds are spent on the treatment of chronic diseases as well as end-of-life care for dying patients.
Source: Plunkett Research, Ltd.

Introduction to the Health Care Industry


2) The manufacture of enzymes, including enzymes used in food processing (such as the making of certain dairy products) and in converting organic matter into ethanol for fuel.
3) Pharmaceuticals, where biotechnology creates such therapies as antibodies, interleukins and vaccines based on living organisms (as opposed to the chemical compounds that make up traditional drugs) that can target specific cellular conditions, often with dramatic results (such as the drug Keytruda that famously fought brain cancer for former U.S.
President Jimmy Carter). Biotechnology is a modern word that describes a very old science.
For example, bio-enzymes have always been essential in the production of cheese.
The modern difference is that much of the world's cheese production today utilizes a bio-engineered version of an enzyme called microbial chymosin.
This chymosin is made by cloning natural genes into useful bacteria.
Another example:  For thousands of years, mankind has used naturally-occurring microbes to convert fruit juices into wine. The Coronavirus (COVID) pandemic is providing a massive boost to the biotech industry.
Around the world, biopharmaceutical firms are pouring an immense effort into research that might lead to a greater understanding of the virus, how to prevent it and how to cure it.
Much of this research effort has been fueled by emergency injections of government funding.
Continuing mutations of the virus, such as the Delta and Lambda


In America alone, the insurance business employed about 2.85 million people as of July 2021.
Gross life and accident & health insurance premiums in the U.S.
totaled $1034.2 billion during 2020 (up from $968.3 billion in 2019; this is the latest year available), per the National Association of Insurance Commissioners (NAIC).
A large number of companies underwrite insurance in America, but the industry is dominated by a handful of major players. Premiums on a per capita basis remain very low in much of the world, pointing to excellent long-term opportunity for expansion of sales of insurance products of all types, including annuities.
It would be hard to overstate the importance of developing nations, such as India, Brazil and Indonesia, to the future growth of the insurance industry.
Much of the world is still clearly a fertile field for expansion of insurance companies that are willing and able to invest time and money in emerging markets.
The insurance markets in these areas will be boosted by a combination of rising household incomes; increasing education and financial sophistication among consumers; extending life spans; and a tradition of families relying on personal savings and initiative rather than government social programs to provide for retirement funds and health care. Massive amounts of insurance company earnings come from the sale of annuities and other retirement and investment products, along with profits (or losses) that insurance underwriters earn on the investment of their own assets and reserves.Read More...