viewfree sex videos
Home > Uncategorized > 5G Is on Its Way

The next big thing in wireless internet service is 5G technology.  The concept enables blinding download speeds from one gigabyte per second (Gbps), to perhaps as high as 10 Gbps.  Part of the appeal is 5G’s low latency (response time) of as little as one millisecond, compared to 4G’s 50 milliseconds.

Ultrafast 5G wireless service will be the critical backbone that will enable IoT on a vast scale.  Far beyond simply improving smartphone services, 5G will connect sensors and devices to networks, gathering data and enabling machine-to-machine communications at near instantaneous speeds.  For example, it will be of vital, real-time use in robotics and self-driving cars and trucks.

U.S. cellphone service providers have invested billions of dollars in enhancing their networks over recent years.  By 2020, 78% of U.S. cellphone users were on smartphones, according to Plunkett Research estimates, compared to only 61% in early 2013.

Subscribers wanting 5G were initially limited to a small number of devices capable of using the service.  However, by 2021 5G had been rolled out, at least to some extent, in most major metro markets and was in use on a variety of devices.

All major wireless device makers are investing heavily in the design of 5G-capable handsets.  As services roll out to more and more cities worldwide, consumers’ demand for new handsets will accelerate and will generate tremendous new revenues for handset makers.

Despite these positives, 5G infrastructure faces a long and expensive rollout.  In a recent report, Deloitte Consulting estimated that U.S. conversion to 5G would require carriers to invest a combined $130 billion to $150 billion.  Other analysts believe that deployment of 5G (outside of urban areas with the highest population densities) will take more than 10 years due to the expense and the necessity of cooperation among carriers and local municipalities. 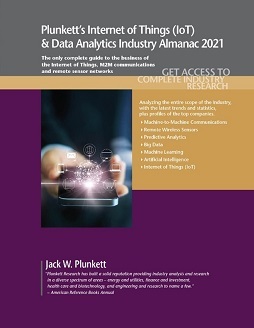