For the foreseeable future, entertainment’s value as a drawing card for retail customers will be of growing importance, especially for the retailing of goods beyond everyday staple items. In fact, the explosive growth of retailing over the internet means that brick and mortar retailers must offer more than the mere availability of merchandise in order to lure shoppers out of their homes, away from their computer screens and web browsers and into the retail store. New shopping centers, especially those in urban areas, are devoting up to 40% of gross leasable area (GLA) to entertainment, restaurants and movie theaters. Developers say that shoppers stay on average more than six hours per visit when significant entertainment venues are available.

Yet consumers still want the convenience found in neighborhood centers. Consequently, many new shopping center developments are including the most desirable elements of both power centers and lifestyle centers, including dominant anchor tenants in large formats, dotted with smaller specialty retailers and a plethora of entertainment and dining facilities, all set in a pleasant outdoor environment with sidewalks, trees, lawns and ponds. In many ways, they are the shopping center equivalent of the super-merchandiser stores.

Developers are planning centers that not only provide entertainment but are also designed to be communities, with space for offices and residential areas. These projects may even include areas for post offices, day-care centers and community centers for performance theatres and galleries.

Canadian developer Triple Five Group (which owns the massive Mall of America in Minnesota) made headlines in early 2015 when it announced plans to build the largest enclosed mall in the U.S., to be located in Miami, Florida. The $4.5 billion to $5 billion American Dream Miami will feature a ski slope, a water park, a sea lion show, miniature golf, a bowling alley, a submarine ride, restaurants, a performing arts theater, a cinema, Ferris wheel, an ice rink and a roller coaster in addition to hotels and condominiums. It may open as early as 2022-2023. Triple Five is hoping to capitalize on Miami’s massive number of annual tourists, as well as explosive downtown population growth, which doubled from 40,466 in 2000 to 80,750 in 2014, and was expected to reach 92,519 by 2019.

Malls that have embraced entertainment tend to be the most successful. The Forum Shops at Caesars in Las Vegas, Nevada, which employs strolling musicians as well as performance artists, and lights the ceilings in common areas to look like brilliant day or night skies, averages $1,615 in sales per square foot. The Grove in Los Angeles, California transports shoppers with a refurbished 1950s Boston streetcar and hosts Summer Concert Series; it averages $2,200 per square foot. 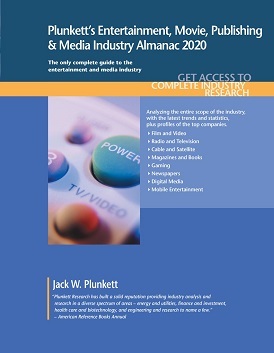