You Weren’t Lied to, Flying Cars are Almost Here

Flying Taxis and Personal Aircraft Get Off the Ground

Once relegated to the realm of science fiction, the idea of flying cars and taxi-like services provided by aircraft may be part of the near future thanks to the efforts of a number of entrepreneurs, including Google co-founder Larry Page, companies such as Uber and Airbus, and the government of Dubai. Although each party developing unique machines, the concept is similar: lightweight commuter vehicles that are easy to fly. Many take off and land vertically.

Page quietly backed two competing flying car companies: Zee.Aero and Kitty Hawk. The latter conducted a piloted test flight of a prototype in early 2017 called the Kitty Hawk Flyer. Since then, Kitty Hawk (which appears to have taken over Zee.Aero) created a 12-rotor, single-propeller aerial taxi called Cora that is roughly the size of a Cessna 150. The craft can travel at speeds of up to 93 mph and has an all-electric range of 62 miles. The Cora aircraft has been spotted at Kitty Hawk’s Hollister, California facility and also in New Zealand (where the firm does business as Zephyr Airworks). In 2019, Kitty Hawk entered into a strategic partnership with Boeing (which conducted a successful test flight of its own autonomous air taxi in early 2019) to collaborate on further projects. The firm expects to fly Cora commercially as early as 2023. Additionally, Kitty Hawk is developing two vertical take-off and landing (VTOL) aircraft: Flyer, which lifts a single passenger using 10 independent fans; and Heaviside. which uses eight propellers and is roughly 100 times quieter than a regular helicopter.

Other flying cars close to release or in development include Joby Aviation’s two-seat VTOL craft called Joby; Volocopter GmbH’s two-seat, $280,000 electric Volocopter 2X; and AeroMobil’s four-seat, $400,000 AeroMobil 4.0 and 5.0. Uber is also working with the cities of Dallas and Dubai to demonstrate a fleet of flying cars by 2020, with a hoped-for commercial launch by 2023.

Flying cars are currently limited to users who fly them as a hobby, since the U.S. Federal Aviation Administration (FAA) has yet to establish regulations for commercial use. Current models fly under a special FAA category for ultralight aircraft that does not require a pilot’s license and is limited to flight in rural areas.

Uber is working on a concept for airborne ridesharing, with hopes to launch commercial services as early as 2023. Test services will launch in Dallas, Melbourne and Los Angeles as early as 2020. All three test sites are noted for frustrating levels of automobile traffic and road delays, as well as large numbers of high-income residents who might willingly pay for such services. Part of the concept is the use of state-of-the-art VTOL aircraft to pick up and drop off atop small “skyports” that will be conveniently located in dense urban environments. Uber is working closely with innovative aircraft manufacturers, seeking the right combination of safety, speed, comfort, quiet operations and a green footprint. Possible suppliers include Aurora Flight Sciences (a Boeing company), Bell (a global leader in helicopters), EmbraerX (an advanced concept unit owned by aircraft maker Embraer), Karem Aircraft (maker of a tiltrotor aircraft), Pipistrel Vertical Solutions and Jaunt Air Mobility 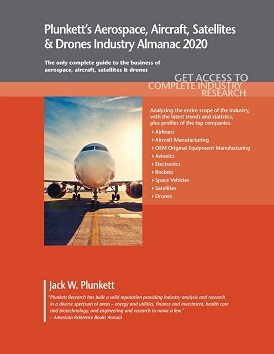