The quest for the world’s fastest, most powerful supercomputer has become a new frontier for computer engineering, computer science and national rivalry. By late 2019, China was estimated to have 227 such machines, compared to just 118 in the United States. What the US lacks in numbers, it makes up for in speed with three of the five fastest supercomputers on Earth. Sitting at the top is the Summit at the DOE/SC/Oak Ridge National Laboratory in the U.S. reaching 148.6 petaflops.

While it is easy to dismiss such computing quests as vanity projects, hi-level IT teams understand the need to work on new, advanced systems in order to avoid falling behind in areas where strong computing matters most, such as simulating complex systems like weather, and biotechnology projects like protein folding. Simulation capability is vital for national security (for example, where simulations take the place of underground testing for weapons of mass destruction) and the advancement of basic science.

IBM, which developed a computer called “Watson” that achieved fame when it beat all human contestants on the Jeopardy! television game show, is also working to make complex computing services easily available. Watson quickly evolved to the point that it offers cloud-based computational services, such as image recognition, and text-to-speech generation, delivered over the internet. IBM is supporting several advanced, Watson-based services available via its Watson business unit. These are essentially artificial intelligence (AI) software services that can be of vital assistance in projects involving big data/data mining, speech recognition, pattern recognition and “reasoning” in a vaguely human-like manner. The firm states that thousands of software developers worldwide are taking advantage of Watson’s capabilities. Some efforts are as simple as e-commerce firms attempting to boost their sales. More advanced applications include medical research at MD Anderson Cancer Center and the Mayo Clinic, as well as investment and banking tools.

Government and corporate customers alike will benefit from this race. While aerospace and biotech firms want supercomputing power for breakthrough research, government agencies benefit from supercomputers for a wide variety of needs. Additionally, major manufacturers in such areas as automobiles and health imaging equipment see supercomputers as a tool for improved product engineering and faster time-to-market. 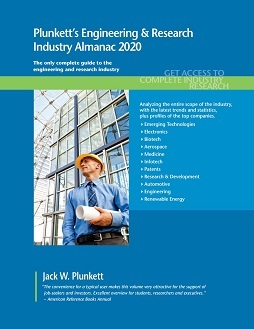