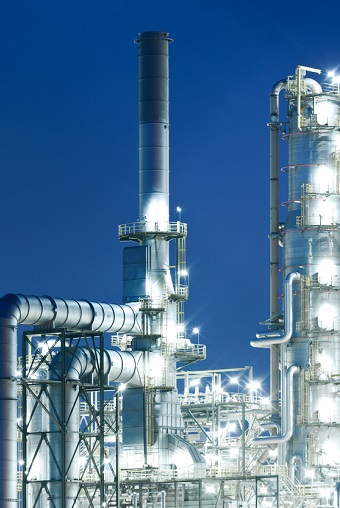 
However, many other energy sources are in wide global use, from biomass to hydroelectric, to wind and solar electricity generation.
Nuclear power plants also provide much of the world's electricity, as does coal. Advanced oil and gas production technologies, including 3D seismic, ultra-deep ocean rigs, hydraulic fracturing and directional drilling, have fostered exceptional new levels of oil and gas discovery and production around the world.
In fact, the application of new technologies has dramatically upset the former balance of power in the energy industry, making North American production much more important while lessening the influence of OPEC.
In recent years, a flood of production released by these technologies led to reasonably low market prices for crude oil and natural gas, much to the financial detriment of the very companies that funded and enabled these technological breakthroughs. In addition, there is a greater focus than ever before on the potential impact of energy production and consumption on public health, air quality, water quality and other environmental impacts.
A large number of nations have stated very ambitious goals to reduce consumption of fossil fuels.
Worldwide, investment in the development and implementation of cleaner or renewable energy sources is a major priority for many governments and industries.
This emphasis varies widely from nation to nation, ranging from cleaner ways to burn the world's immense stores of coal; to the construction of advanced-technology nuclear generating plants that are exponentially safer than older models;


Analysts at &P Global Ratings forecast the global market at about 83 million units for 2021, after a very disappointing 77 million during 2020. U..
car and light truck sales totaled 17.1 million units for full-year 2019, according to NADA, declining to about 14.4 million in 2020.
For the entire year 2021, sales were likely to be in the 14.3 million vehicle range, per a late-summer Cox Automotive estimate.
The stock of new cars available through dealers was very low during 2020 and 2021, due to temporary COVID-related shutdowns of factories and a lack of critical components. While estimates of its annual unit sales vary widely, China has clearly become the world's largest car market.
For 2020, the China Association of Automobile Manufacturers (CAAM) reported 25.3 million new vehicles sold.
However, China's sales are subject to change due to such factors as economic growth, the availability of credit and the regulatory environment.
China's government has a great deal of control over the market, as, at any time, it may increase sales by encouraging new auto loans, or decrease sales by adding new registration fees or restricting traffic in major cities in order to reduce congestion and pollution.
The rising affluence of consumers in China has been creating both huge opportunities and major problems.
China has become the world's largest user of energy overall and one of the world's largest importers of petroleum products, partly to fuel its burgeoning fleet of

Despite the rapid growth in the renewables field, the traditional sources of coal and natural gas (and to a lesser extent, nuclear energy) remain the primary sources of electric generation in most of the world.
This is changing, but it will take years of development and vast investment before renewable generation of electricity dominates over fossil fuels and nuclear.
In late 2021, the International Energy Agency (IEA) stated that, through 2026, renewables would account for nearly 95% of the increase in global electricity production capacity—mostly in the form of solar.
The IEA further stated that, by 2026, global renewable electricity capacity will rise more than 60% from 2020 levels, to over 4,800 gigawatts (GW)—equivalent to 2021's total worldwide capacity of nuclear and fossil fuel-powered electric plants combined.
(However, it is important to note that the IEA is talking about capacity, not output.
Nuclear and fossil fuel electric plants are generally available to generate electricity 24/7, while renewable capacity is not always producing.
For example, solar plants cannot gather sunlight 24 hours per day.) Meanwhile, some of the world's leading oil and gas companies, including Royal Dutch Shell, are increasing their investments in renewable energy sources and technologies.
U.S.
electric production from all renewable sources was 18.0% of total electric power in 2019, up from only about 7.6% in 1970.
In this case, “renewable” includes conventional hydroelectric and geothermal, along with solar, wind and biomass.
(In 1970, such production was almost entirely