Who Can Resist Superconductivity?

Superconductivity is based on the use of super-cooled cable to distribute electricity over distance, with little of the significant loss of electric power incurred during traditional transmission over copper wires. It is one of the most promising technologies for upgrading the ailing electricity grid.

Superconductivity dates back to 1911, when a Dutch physicist determined that the element mercury, when cooled to minus 452 degrees Fahrenheit, has virtually no electrical resistance. That is, it lost zero electric power when used as a means to distribute electricity from one spot to another. Two decades later, in 1933, a German physicist named Walther Meissner discovered that superconductors have no interior magnetic field. This property enabled superconductivity to be put to commercial use by 1984, when magnetic resonance imaging machines (MRIs) were commercialized for medical imaging.

In 1986, IBM researchers K. Alex Muller and Georg Bednorz paved the path to superconductivity at slightly higher temperatures using a ceramic alloy as a medium. Shortly thereafter, a team led by University of Houston physicist Paul Chu created a ceramic capable of superconductivity at temperatures high enough to encourage true commercialization. In May 2001, the Danish city of Copenhagen established a first when it implemented a 30-meter-long “high temperature” superconductivity (HTS) cable in its own energy grids. Other small but successful implementations have occurred in the U.S.

Today, the Holy Grail for researchers is a quest for materials that will permit superconductivity at temperatures above the freezing point, even at room temperature. There are two types of super-conductivity: “low-temperature” superconductivity (LTS), which requires temperatures lower than minus 328 degrees Fahrenheit; and “high-temperature” superconductivity (HTS), which operates at any temperature higher than that. The former type requires the use of liquid helium to maintain these excessively cold temperatures, while the latter type can reach the required temperatures with much cheaper liquid nitrogen. Liquid nitrogen is pumped through HTS cable assemblies, chilling thin strands of ceramic material that can carry electricity with no loss of power as it travels through the super-cooled cable. HTS wires are capable of carrying more than 130 times the electrical current of conventional copper wire of the same dimension. Consequently, the weight of such cable assemblies can be one-tenth the weight of old-fashioned copper wire. HTS wiring is improving substantially thanks to the development of second-generation technologies.

While cable for superconductivity is both exotic and expensive, the cost is decreasing as production ramps up, and the advantages can be exceptional. Increasing production to commercial levels at an economic cost, as well as producing lengths suitable for transmission purposes remain among the largest hurdles for the superconductor industry. Applications that are currently being implemented include use in electric transmission bottlenecks and in expensive engine systems such as those found in submarines.

Another major player in HTS components is Sumitomo Electric Industries, the largest cable and wire manufacturer in Japan. The firm has begun commercial production of HTS wire at a facility in Osaka. In addition, Sumitomo has developed electric motors based on HTS coil. The superconducting motors are much smaller and lighter than conventional electric motors, at about 90% less volume and 80% less weight.

Advanced-generation HTS cable has been developed at American Superconductor, utilizing multiple coatings on top of a 100-millimeter substrate, a significant improvement over its earlier 40-millimeter technology. The goal is to achieve the highest level of alignment of the atoms in the superconductor material resulting in higher electrical current transmission capacity. This will increase manufacturing output while increasing efficiency. This is a convergence of nanotechnology with superconductivity, since it deals with materials at the atomic level. The company is well set up to increase production as demand increases. 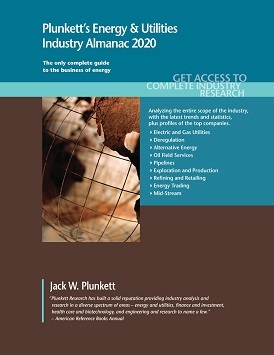