Overview of the Mobile Apps Industry

Mobile apps (short for “applications”), including those for magazines, information services such as health site WebMD, games, newspapers, catalogs and ebooks, to name but a few of the tens of thousands of uses, didn’t really exist before the introduction of the iconic iPhone smartphone (although online “widgets,” which offer similar features, had been around for quite some time). The Apple iTunes App Store launched in July 2008 with only about 500 apps available. By 2019, Apple had more than 2.2 million apps for sale or downloadable for free. Apple reports that its App Store sales grew to more than $46 billion in total revenues for 2018 alone, of which about $34 billion was paid to app developers that year.

The vast majority of apps are downloadable free-of-charge, as they are offered to consumers to enable them to more quickly access internet-based stores and services via mobile devices. You might think of this as app-based advertising. For example, airlines such as United Airlines and Singapore Airlines offer free apps that make it easier to make purchases from the airlines. Apps sold for a fee generate only modest revenues per average app, with roughly 500 downloads daily per average app. App fees tend to be in the $3.00 range. Paid apps usually are free of advertisements.

App developers that want their products to be in broad distribution are forced to develop at least three versions, one each for Apple, Windows and Android. There are other operating systems to consider as well. Over the mid-term, wide adoption of an advanced internet markup language known as HTML5 will make it easier to develop apps that will run on any device, and may eliminate the need for multiple app editions. Mobile internet browsers have become much more complex, making them capable of running advanced programs directly on the smartphone rather than in the cloud.

On all platforms, the most popular apps include games such as Angry Birds; tools such as Google Maps; and entertainment- and media-related apps, such as those for Pandora internet-based radio. At the same time, apps provide tools for business people, travelers, students, hobbyists, wine drinkers, people who like to cook, job seekers, children, sports fans, shoppers, car enthusiasts and myriad other special interest niches.

The number of apps on the market has become so massive that consumers are less likely to be willing to sort through app stores to find useful tools. Instead, to a growing extent, they rely on recommendations from friends, emails from trusted sources and magazine reviews in order to find new apps to download. Many smartphone users have downloaded a large number of apps, but only use a few of them on a regular basis.

Since the development of apps requires extensive programming and creative services, the app industry encompasses revenues and fees far beyond app store revenues. For example, corporate spending on app development has been soaring. Also, a large number of software companies have achieved success in selling app development tools and platforms to software coders. A study published in January 2016 called Unleashing Innovation and Growth by the Progressive Policy Institute estimated that mobile apps had spawned 1.66 million current U.S. jobs, including jobs that could be described as direct, indirect and spillover employment. Apple stated in 2017 that the ecosystem involved in its iOS apps has also created 1.2 million jobs in Europe and 1.4 million jobs in China. 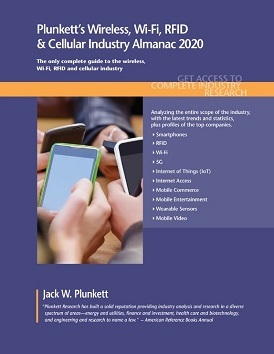