Environmentalists Campaign for a Greener Chemical IndustryConcern for the environment is nothing new, yet decisions affecting the chemical sector are making headlines. Microsoft curtailed its use of polyvinyl chloride (PVC), also known as vinyl, for computer packaging products. Other companies cutting their use of PVC include Wal-Mart Stores and Kaiser Permanente. Another potentially harmful chemical is bisphenol-a, or BPA. Some animal studies have linked BPA to hormonal changes. The Canadian government was the first to declare it toxic. A number of Canada’s retailers, including Wal-Mart Canada, had previously banned food-related containers such as baby bottles, sipping cups and other plastic holders made with the plastic.

Environmentalists and health advocates claim that PVC is dangerous because it releases dioxins, which potentially cause cancer. Elements in PVC called phthalates are also suspected of causing reproductive disorders. This is a blow to the vinyl producers in the world, which make 15 billion pounds of the vinyl resin per year, amounting to more than $54.5 billion in sales, according to the Vinyl Institute.Concerns are also increasing about plastic waste in such products as bottled water. In response, bottlers such as PepsiCo are using less plastic in their packaging. PepsiCo’s Aquafina brand is being sold in bottles that are about 20% less in weight. The U.S. division of Nestlé SA first lightened its plastic bottles as early as 2007, while Coca-Cola continues to produce lighter and lighter bottles for its Dasani brand. Coca-Cola also increased its distribution of several soft drink brands in eight-ounce glass bottles in response to concerns about toxins in plastic bottles.

A growing number of U.S. cities and states are restricting the use of single-use plastics. Since the beginning of 2019, approximately 200 bills regarding single-use plastics have been introduced in state legislatures according to the National Caucus of Environmental Legislators. Maine and Vermont passed state-wide bans on plastic bags, while the cities of Palo Alto, California and Orlando, Florida passed local restrictions. On the other side of the spectrum, 13 states, including Arizona, Iowa, Missouri, Oklahoma and Texas have pre-empted the bans, barring local municipalities from regulating plastics.

In the European Union, a proposal known as REACH (Registration, Evaluation and Authorization of Chemicals) requires chemical producers to test their products for hazardous substances and submit test results to a central EU chemicals agency in Finland. REACH became a reality on June 1, 2007 with the establishment of the European Chemicals Agency (ECHA). Supporters hope to curb the production and importation of hazardous chemicals in Europe, while detractors voice concerns about the burden placed on businesses to carry out the testing. Countries outside the EU (which include the U.S., Australia, Brazil, India and Japan among others) are wary of the initiative as it may hinder trade, and call for the alignment of REACH requirements with test guidelines issued by the Organization for Economic Co-operation and Development (OECD), a group of 36-member countries that produces internationally agreed instruments decisions and recommendations on economic and social issues.

For everything you need to know about the global Chemicals, Coatings & Plastics sector, see: 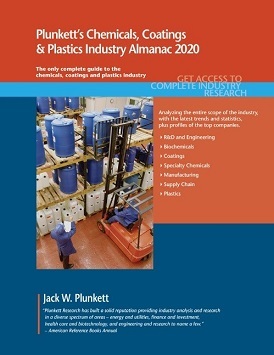