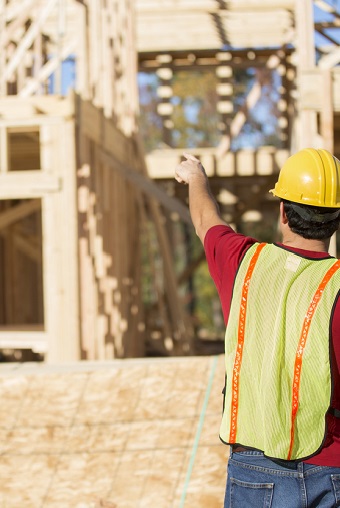 
The real estate and construction sectors, including the many professions and fields associated with them, are among the larger components of the global economy.
As of early 2019, the U.S.
Bureau of Labor estimated that 7.2 million Americans were employed in the construction industry (up from 6.8 million at the beginning of 2018, and down significantly from a peak of 7.6 million in 2007).
The agency also estimated that 1.7 million Americans were employed in the real estate industry as of early 2019 (up from 1.6 million at the beginning of 2018).
There was $15.4 trillion in outstanding mortgage debt of all types in America at year-end 2018, up from $14.9 trillion one year earlier, including homes and commercial projects.
This total included $10.9 trillion in home mortgages, up from $10.6 trillion in 2017.
Home prices have rebounded dramatically from the depths of the recent recession.
In fact, prices have risen to the point that bargains are hard to come by.
In mid-2018, there was very little inventory of homes for sale in markets such as Denver and San Francisco, leading to bidding wars among buyers.
More than a few observers are concerned that another housing bubble is developing in the most popular markets, both in the U.S.
and in many major markets worldwide.
In the U.S., home sales volume has picked up substantially from the dismal years

For our brief video introduction to the Real Estate and Construction industry, see www.plunkettresearch.com/video/realestate .

There was $15.4 trillion in outstanding mortgage debt of all types in America at year-end 2018, up from $14.9 trillion one year earlier, including homes and commercial projects.  This total included $10.9 trillion in home mortgages, up from $10.6 trillion in 2017.

Home prices have rebounded dramatically from the depths of the recent recession.  In fact, prices have risen to the point that bargains are hard to come by.  In mid-2018, there was very little inventory of homes for sale in markets such as Denver and San Francisco, leading to bidding wars among buyers.  More than a few observers are concerned that another housing bubble is developing in the most popular markets, both in the U.S. and in many major markets worldwide.

In the U.S., home sales volume has picked up substantially from the dismal years of the 2007-09 housing bust and recession, resulting in rapidly rising prices in many markets and a shortage of available homes in the most desirable neighborhoods.  This big turnaround was fueled by many factors.  The most significant may be the efforts by the U.S. Federal Reserve to hold interest rates down to extremely low levels, which significantly reduces the monthly payments of home buyers who take out mortgages.  Another boost to the market is new household formation by members of Generation Y.  The oldest members of this segment were turning 36 years of age by 2018.  Many had been living with their parents for much longer than normal, due to the recession.  While it is sometimes difficult for first time homebuyers to find an affordable home and qualify for a mortgage, Generation Y is boosting the market, both as buyers and as new renters.  (Mortgage programs offering down payments as low as 3% will accelerate sales to first-time buyers.)

Potential homebuyers are also feeling more comfortable financially, as the unemployment rate has fallen to extremely low levels and the values of their stock market holdings have risen substantially in the recent past.

Construction of all types, including commercial, has enjoyed a strong market in recent years.  About $1.29 trillion in new American construction was expected to be put into place for 2018, according to the U.S. Bureau of the Census.

Home builders in the U.S. are enjoying robust sales and profits.  Many are challenged in finding enough new lots for future building.  In many markets, they are also challenged in creating new homes at price points that are attractive to first-time buyers, as lot prices are high and cities are often charging significant infrastructure fees for each new lot.

Retail centers in the U.S. are seriously overbuilt, and there are too many stores trying to sell to too few shoppers.  The result of this glut has been large numbers of retail store chain bankruptcies.  Many remaining chains have either curtailed expansion plans or are opening much smaller stores than in the past.  Meanwhile, retail stores are facing dramatic competition from sales made over the internet.  Online commerce is growing at stellar rates while mall traffic and store revenues are generally disappointing.  Mall owners in many areas are accepting large non-retail tenants in an effort to fill up former department store sites.

Over the long term, on a global basis, there will be continuing demand from the health care sector for new or remodeled properties, as the percentage of the population over age 65 continues to grow in many nations from North America to Asia to Europe, boosting the need for medical care and assisted living centers.

Another growing trend in construction is the use of energy conservation technologies in new buildings.  This is true in both residential and commercial construction.  Several “green” building certification plans are now in place, so that architects and builders may seek to attain certain energy conservation and eco-friendly standards.  Other advancing technologies include “smart home” features that control lightning, air conditioning and security via smartphone apps, as well as a small but growing use of robotics and 3D printing in home construction.

Introduction to the Real Estate and Construction Industry


Insurance and risk management make up an immense global industry.
According to a survey conducted by a leading global insurance firm, Swiss Re, worldwide insurance premiums totaled $5.19 trillion in 2018 (the latest data available), up from $4.89 trillion in 2017.
This was equal to about 6.1% of global GDP.
Global life insurance premiums were $2.82 trillion during 2018, while all other types of insurance totaled $2.37 trillion.
In America alone, the insurance business employed about 2.73 million people in 2019.
Gross life and accident & health insurance premiums in the U.S.
totaled $898.5 billion during 2018 (up from $848.1 billion in 2017), per the National Association of Insurance Commissioners (NAIC), while property and casualty premiums totaled $676.6 billion (up substantially from $641.1 billion the previous year.)  A large number of companies underwrite insurance in America, but the industry is dominated by a handful of major players.
Health insurance premiums paid in the U.S.
during 2018 totaled $714.7 billion (up from $667.5 billion the previous year, and much higher than the $382.4 billion posted in 2009), according to the NAIC.
Premiums on a per capita basis remain very low in much of the world, pointing to excellent long-term opportunity for expansion of sales of insurance products of all types, including annuities.
It would be hard to overstate the importance of developing nations, such as China, India, Brazil and Indonesia, to


With few exceptions, the banking and lending industry has rebounded to a much healthier condition after suffering intensely from the Great Recession that officially ended in 2009, along with the related financial meltdown that brought the world of banking into a state of crisis.
Meanwhile, global financial regulators have steadfastly continued the struggle to improve banking reserves and oversight to the point that future meltdowns might be avoided.
On the positive side, banks in much of Asia, as well as Europe and the U.S.
have been put through stress tests by regulators, and have been forced to dramatically increase their levels of capital.
Banks are holding very high levels of capital that give them a significant cushion of reserves against potential losses.
Since the 2008-2009 financial crash, consumers in America have been more reluctant to go into debt than in the past.
This trend changed to some extent during 2016-2019.
While many consumers continue to think conservatively, some forms of credit have been growing: 1) Consumers greatly increased their purchases of automobiles, and the total amount of car loans has been on the rise.
This is due to the fact that consumers delayed car purchases during the recent recession, have a more confidence now and were taking advantage of low interest rates.
2) Total student debt rose significantly in recent years.
3) Mortgage debt has been on a slow


Analysts at BP report that non-hydroelectric renewable power consumption grew by a respectable 17.0% worldwide during 2017 (the latest year for which data is available).
North American consumption increased by a substantial 13.5%.
World hydroelectric consumption increased by 0.9% during 2017.
North American hydroelectric consumption decreased by 6.7%.
Steady growth does not mean that renewables account for a large amount of the world's energy.
Instead, non-hydroelectric renewables as a percent of global electricity generation accounted for about an 8.4% share in 2017, up from 7.4% in 2016.
Coal and natural gas (and to a lesser extent, nuclear energy) remain the primary sources of non-renewable electric generation in most of the world.
U.S.
electric production from renewable sources was 17.1% of total electric power in 2017, up from only about 7.6% in 1970.
In this case, “renewable” includes conventional hydroelectric and geothermal, along with solar, wind and biomass.
(In 1970, such production was almost entirely from hydroelectric sources.) Wind power has seen rapid growth worldwide.
Major technological advances in wind turbines (including much larger blades creating very high output per turbine and blades that suffer very little downtime and are thus more efficient), along with massive government incentives encouraging investment in wind generation, have fueled turbine installation.
Analysts at BP estimated total wind generation capacity worldwide at 514,798 megawatts in 2017.
The Global Wind Energy Council forecast it to climb